Grace was my father’s mother.  She grew up in Redland, near to The Arches railway bridge.  She married my grandfather in 1943, but for her, the War was very close to home.  Below is a letter that she received in 1941. 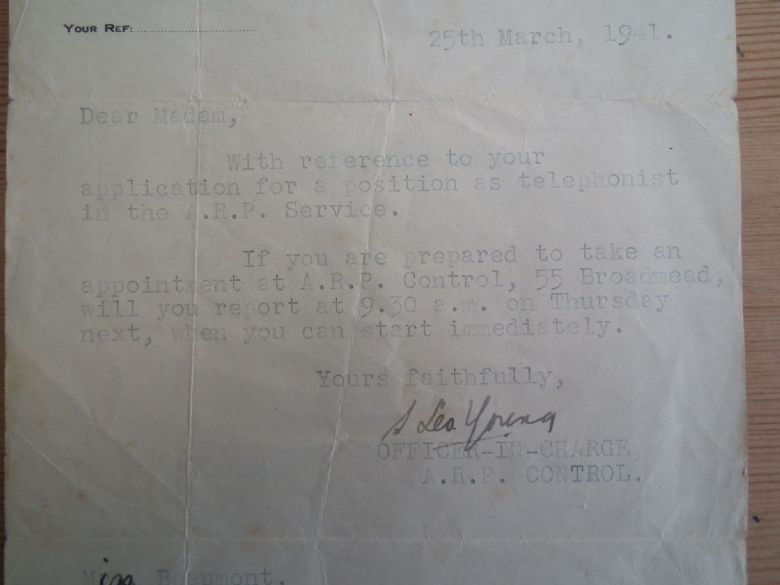 The original is a little difficult to read now, so this is what it says:

With reference to your application for a position as telephonist in the A.R.P. Service.

If you are prepared to take an appointment at A.R.P. Control, 55 Broadmead, will you report at 9.30 a.m. on Thursday next, when you can start immediately,

ARP Control was the central office for the Air Raid Patrol organisation which was responsible for making sure that when German planes bombed the city, fires were put out immediately, people were pulled out of destroyed buildings and that the fire service and bomb disposal squad knew where they were needed.  ARP Wardens were often people who were too unfit or too old to be called up to the front.  When the war started in 1939, people between the ages of 18 and 41 were conscripted.  In 1941, this was extended to men up to the age of 51.  Some occupations were reserved (which means that people in those jobs would not be called up, so that the country at home could carry on working).  Teaching was a reserved occupation for those teachers aged 25 years or above. 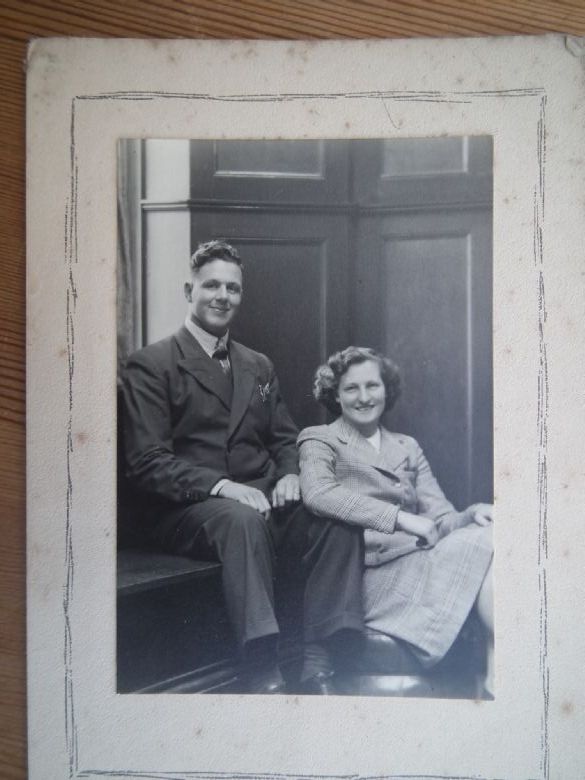 My grandmother’s application to work in the ARP office was written on 25th March 1941 and tells her to come in the following Thursday.  This would presumably have been Thursday 27th March 1941 and was right at the start of Bristol’s worst bombing raids of the war.  In the first week of April 1941, there were several raids and on April 9th 1941, bombs destroyed much of Bristol City Centre, including buildings in the street where ARP Control was located at 55 Broadmead.  The building hit was Pragnall’s, which can be seen on the report below and was opposite the ARP Control building.  I understand that my grandmother was in the building when the bombs were exploding around her.  According to a report in the Bristol Evening Post:

Girls in an ARP Centre [55 Broadmead] carried on with their job when a bomb dropped on the opposite side of the road and the blast blew in the window.  Furniture and fittings were scattered.

Below is a copy of some the information that ARP Control received and typed up on April 9th 1941.  So, whilst the bombs were falling around her, my grandmother was responsible for typing up the information coming in and was aware that Avonmouth, where my grandfather’s family lived, was being bombed.

Quite an eventful start to a new job. 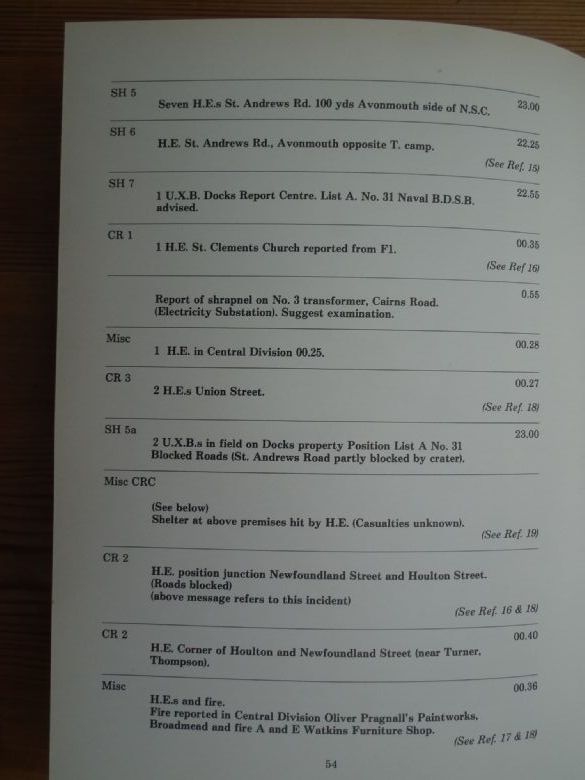 ARP Control information received on the night of April 1941, from the book Bristol Blitz Diary by John Dike.