I know little about my grandfather Frederick, who died in 1970, just before I was born.  In 1939 when the War, started he was 30 years old and was not considered fit enough to be called up to the front line because of his poor eyesight.  He was an engineer and was a member of the Pioneer Corps which was a specialist engineering section of the army.  He was born and lived in East London but during the War was based in Avonmouth in Bristol, presumably linked to the docks there.  When he was stationed in Bristol, he lived with a lady in Shirehampton.

Frederick had a daughter born as the war started in September 1939.  On May 18th 1945, my mother was born ten days after the War ended.  A little over twenty years later she became a nursing student in Bristol and the kindly lady put her in touch with her great nephew, so that she had someone to show her around the city.  Shortly afterwards, the two married and then had a son – me.  So, I’m here because of World War II. 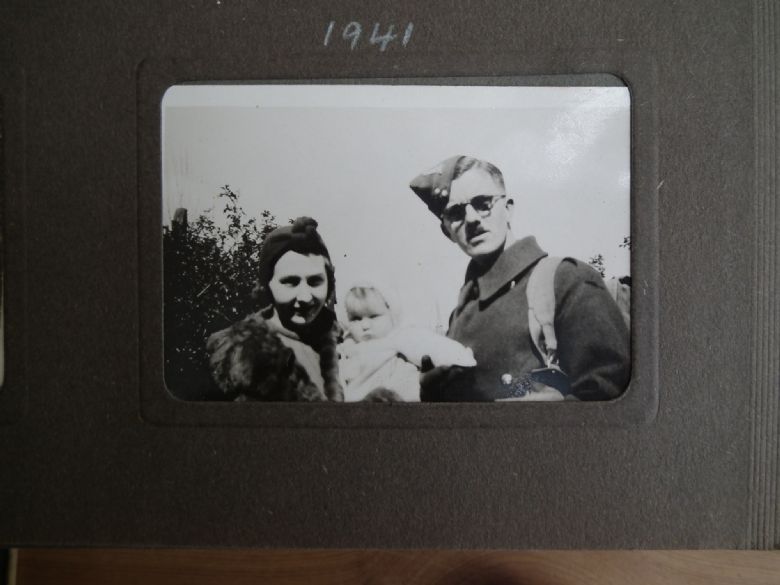 Whilst her husband was posted to Avonmouth, my grandmother Florence lived in East London through the blitz.  My aunt was born in September 1939 and so was too young to be evacuated.  Florence had been a nursing Sister in a hospital, but once she married, she had to stop working.