May 8th 1945 was the day that the Second World War ended in Europe – VE stands for Victory in Europe.  The war continued for another three months in the Pacific until Japan surrendered on August 15th 1945.

To commemorate the end of World War II, I’ve put together a few items.  If you have pictures or memories that you’d like to share, particularly about the War in Worle, I’d love to see them.

The War can be divided into five parts.  I have linked a number of personal stories to explain the different parts of the War.  Patricia's World War II is a unit of learning based around a war time diary which I was sent in school in early March 2020.  The other stories are of my grandparents' experiences in the War. 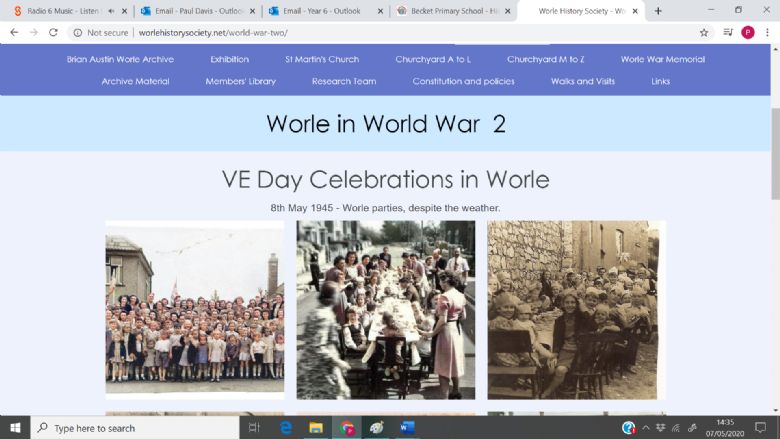 Much of Patricia Hiles diary is set in the first two phases of the War, describing the declaration of War and the experience of evacuation.

My grandmother was in the ARP Control room in the centre of Bristol during the bombing of the city.  Read her story in World War II: Grace's story.